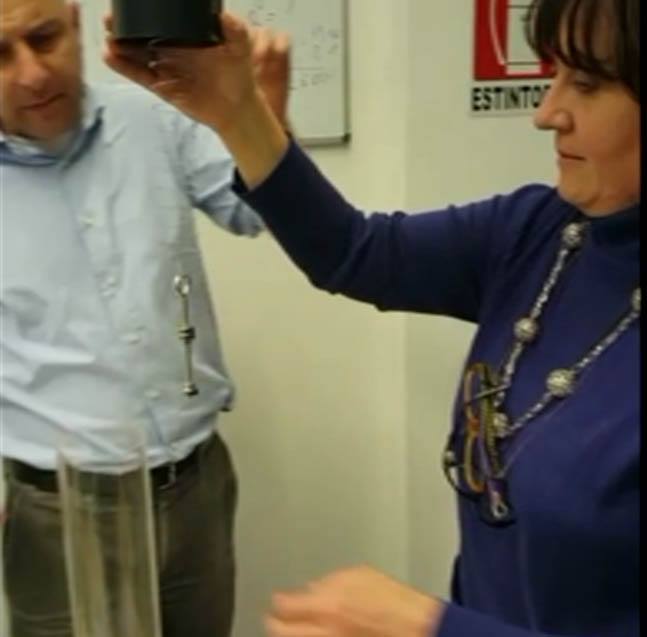 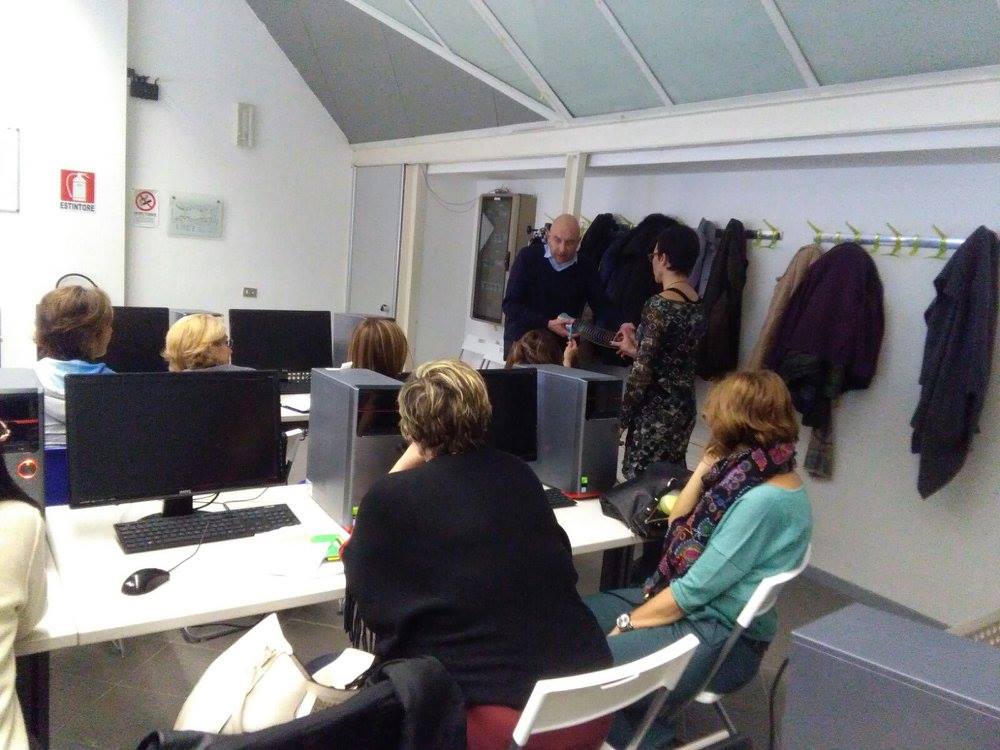 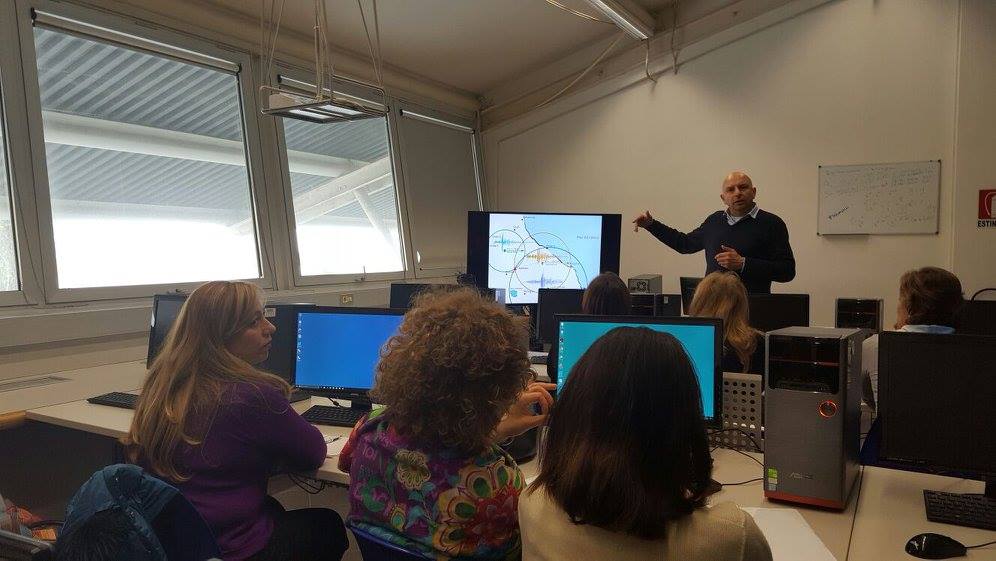 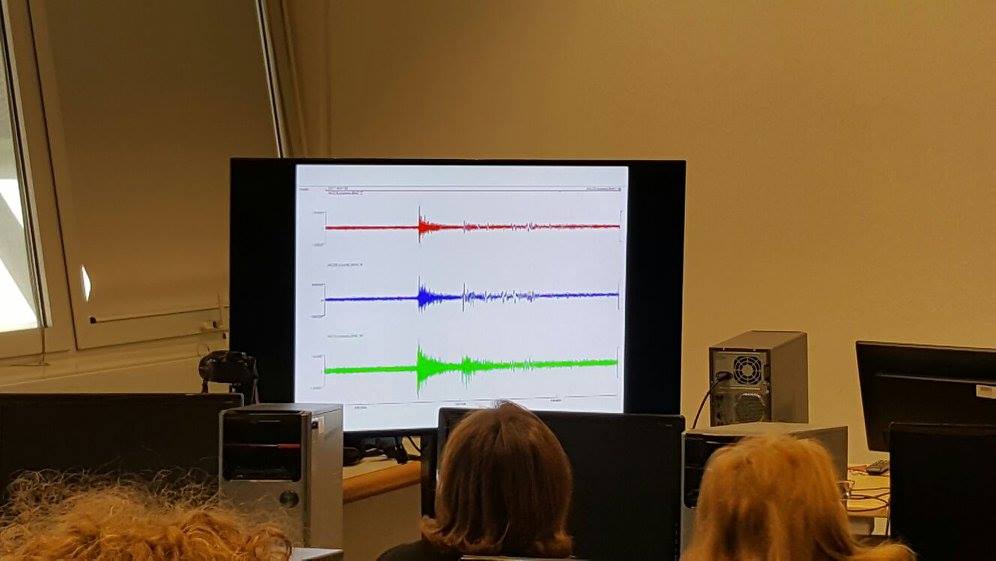 A lecture and a workshop were held at Fondazione IDIS- Città della Scienza in Naples on 13.02.2017 as a joint cooperation of KA2 project “Trail of Extinct and Active Volcanoes, earthquakes across Europe” and KA2 project “Schools Study Earthquakes” (2015-1-EL01-KA201-013966, see http://sse-project.eu/?m=3), the latter aimed at the elaboration and testing of good practices in science education at school with particular reference to the Earth Sciences and the study of earthquakes. “Schools Study Earthquakes” is a project whose leader is the Institute of Geodynamics of the National Observatory of Athens (NOA) and it is carried out by a consortium gathering institutions from Greece, Turkey, Bulgaria, Cyprus and Italy. Fondazione IDIS participates in this consortium in consideration of its expertise acquired in the areas of non-formal education, its public engagement in science innovation and in science education and in the development of innovative teaching methods. Fondazione Idis is officially commissioned by the Italian Ministry of Education as training body in science education. Ms. Daniela Carpentiero (Science) Mrs. Margherita Castaldo (Science) and Mr. Ivano Corpo (Physics), teachers from Liceo Scientifico Statale “Galilei”’s Erasmus+ Team, took part in a training session concerning the development and implementation of innovative tools for the didactics in Earth Sciences. Universities, scientific centres and schools take part in the consolidation and maintenance of a prototype of a seismographic network, made of high technology and low cost components. The project aims at promoting the Earth Science (mainly Seismology and Geophysics), to experiment the efficacy of scientific communication and to increase the awareness on seismic risk at the level of high schools and of large general public through “Città della Scienza” , the Science Centre located in Naples. Thus, the meeting was aimed at training teachers in anticipation of the installation in our Liceo “Galilei” of a seismograph, conceived for didactics, whose use requires qualified practices. Dr. Luigi Cerri, a geologist and seismologist at the aforementioned Fondazione IDIS, simulated the propagation of different types of seismic waves through the Earth’s crust, using a metal spiral. After that, we connected to ORFEUS EIDA website (www.orfeus-eu.org). ORFEUS (Observatories & Research Facilities for European Seismology) is the nonprofit foundation coordinating and promoting digital, broadband seismology in the European-Mediterranean area. It is one of the most advanced infrastrucures for seismology in Europe. EIDA is the European Integrated Data Archive infrastructure within ORFEUS to provide access to seismic waveform data in European archives. EIDA network offers continuous data coming about 1000 stations. The numerous detection stations are distributed in every part of the earth’s surface (e.g. PMG, GEN and SAVI, being the most used). Using tools in the ORFEUS EIDA website teachers have identified the earthquake occurred on February 22nd 2017 in Papua New Guinea measuring 7 on the Richter magnitude scale and the seismogram was analysed (types of broadcast, recording times, dromocrones, etc.). Later, a comparison amongst three seismograms from three different earthquakes was carried out in order to learn to locate the epicentre of an earthquake. Similar experiments, suitably modified and supported by preparatory classes, will be the subject of workshops for Liceo Scientifico Galilei’s pupils and possibly some other schools which are part of our network, as planned in Galilei’s KA2 work programme. 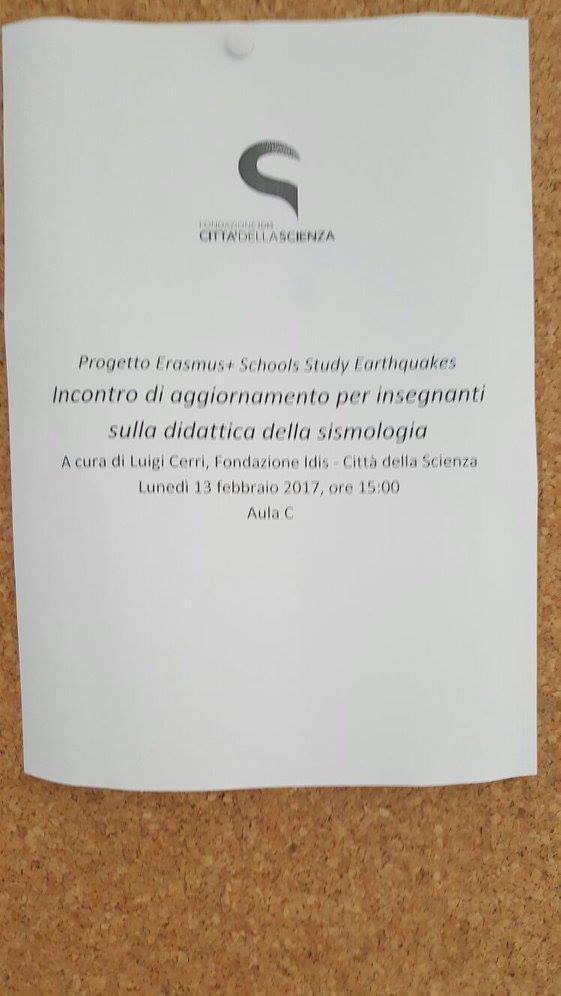