The excursion of Polish students to the Land of Extinct Volcanoes. 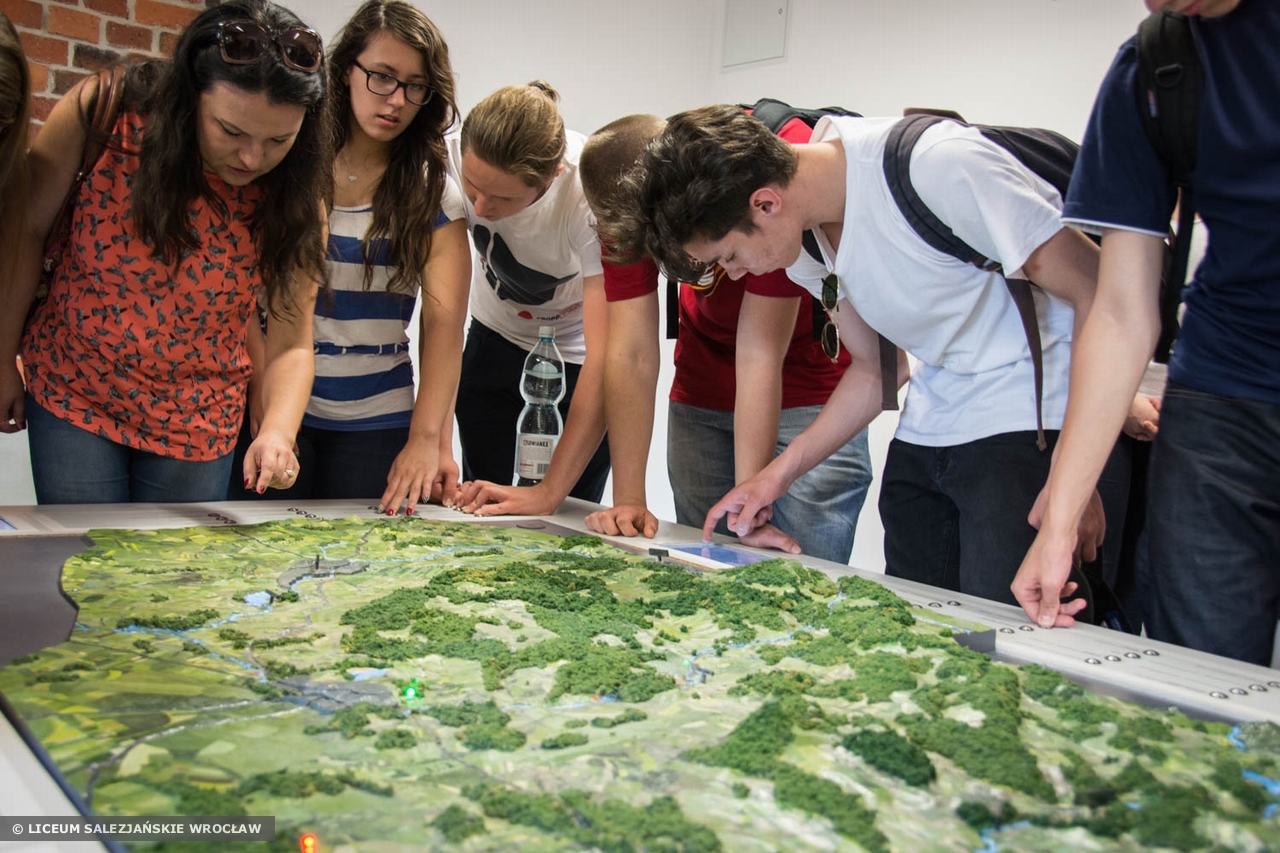 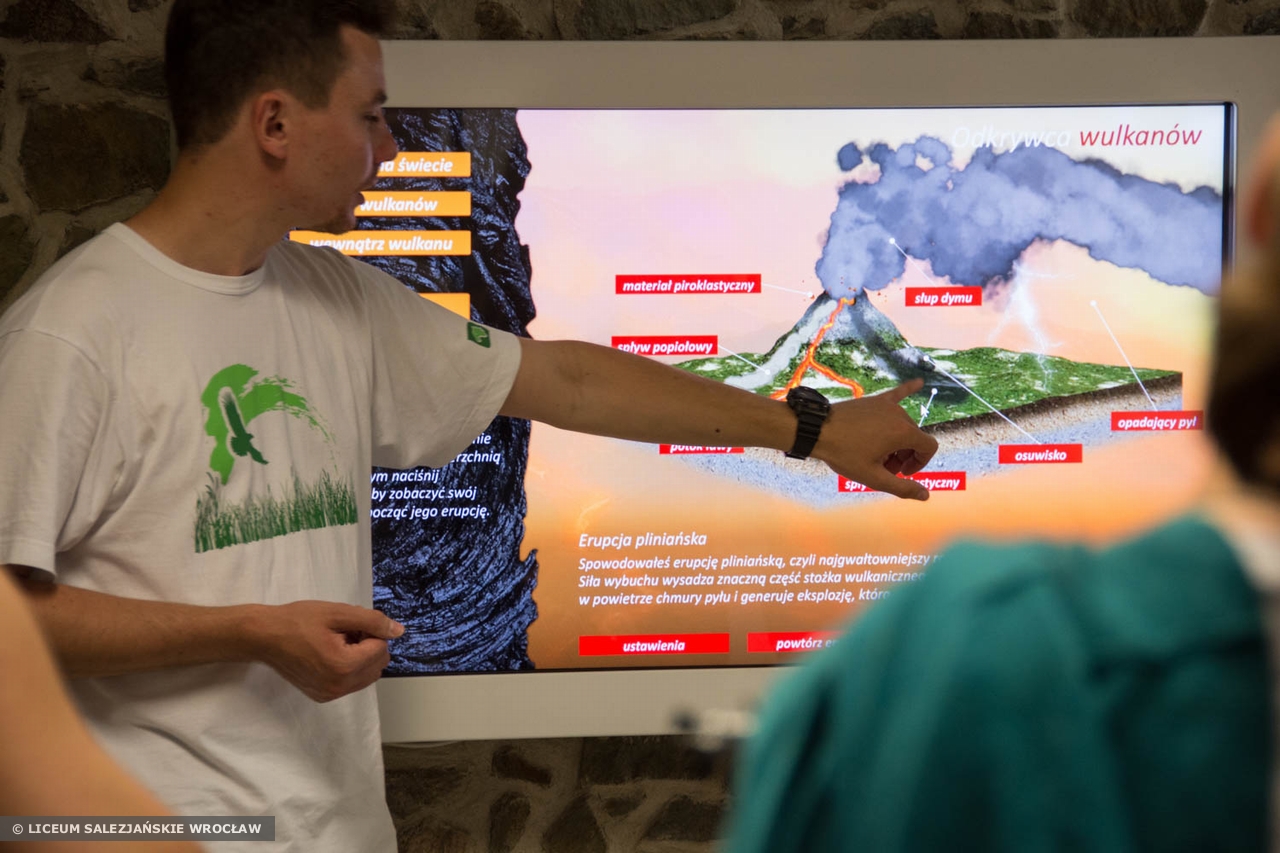 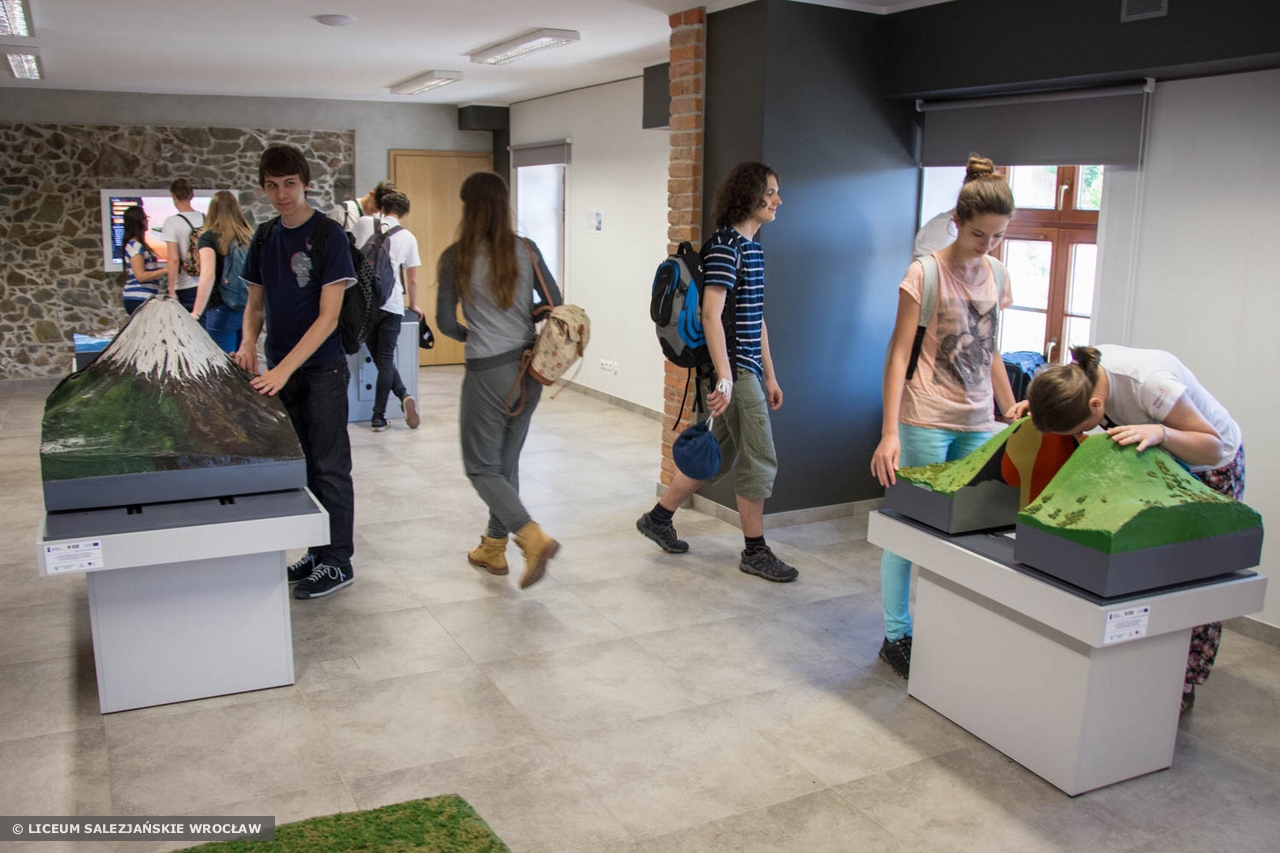 On Monday, June 6th. students of classes I and II Private Salesian High School in Wroclaw went on a trip to the Land of Extinct Volcanoes in Mountains Kaczawskie.
Students and teachers sets off early in the morning. The day was very sunny and warm, as if ordered specially for the trip. Travelling by coach the trip did not last too long, because only about two hours. In order to trip the students and teachers were welcomed by the guide who is a qualified geologist, who led them away, the steep side of the mountain until the top Ostrzyca. The road at the beginning seemed to be fairly easy, but sometimes all caught up with fatigue. At the top Ostrzyca group learned some valuable information on the geographical realm of that from the point of historical and geographical. The top of the mountain Ostrzyca Proboszczowickiej, also called the Silesian Fujiyama is the chimney of an extinct volcano and one of the finest viewpoints. Its height is 501 m above the sea level. There are here rare snails rock and butterflies (Apollo butterfly). This cone was a period of Lusatian culture center of worship of the sun. Students therefore, had the opportunity to recall the successive stages and processes of formation of mountains. Next all went by bus to the Sudeten Educational Centre in Dobkowie, where they could sit down at the wooden benches on the slope of a small hill. TheSudeten Educational Centre is an ultra modern and interactive centre of local history and geological knowledge of the Kaczawskie mountains and the whole region famous for former volcanic activity. At that time, they could bake something on a red-hot fire and enjoy a meal and drink. For a while a break could not afford, because the disciples were waiting even a workshop led by a guide inside the building. There, participants learned about the process of breaking away and forming a separate continents, which was the beginning Gondwana. Then, gathered in a circle, students and their teachers had an opportunity to look at and listen about the origin of the rocks, which viewed up close, wielding it in his hands. It was a very interesting part of the tour. Some of the rocks were incredibly beautiful and unusual, and among them, noted gneiss shale, lawns, sandstone, agate (some came from Italy and the Czech Republic), oksymion, basalt, barite, marcasite. It was very interesting fossilized sea urchin. In the second part of the room, there were many interesting and skillfully made mock-ups of individual volcanoes. Among them were such types as a stratovolcano, cinder cone volcano dome and a shield volcano. There was also Ostrzyca Proboszczowicka. The last stage of our tour was the video showing eruptions that occur on our planet. Everyone had a chance to look closely at the structure of the globe. Starting from the inner core, ending with the lithosphere, which is the thinnest layer of the Earth. In the room, placed a special plate acting on the basis of the mechanism, which aims to show how a person perceives a slight earthquake. Unfortunately, most students convinced that it was not at all uncomfortable feeling, that leaves about dizziness and loss of balance. Before embarking on the way back to Wroclaw, the students catch a surprise in the form of ice – creams. Everyonewas very happy with the trip. 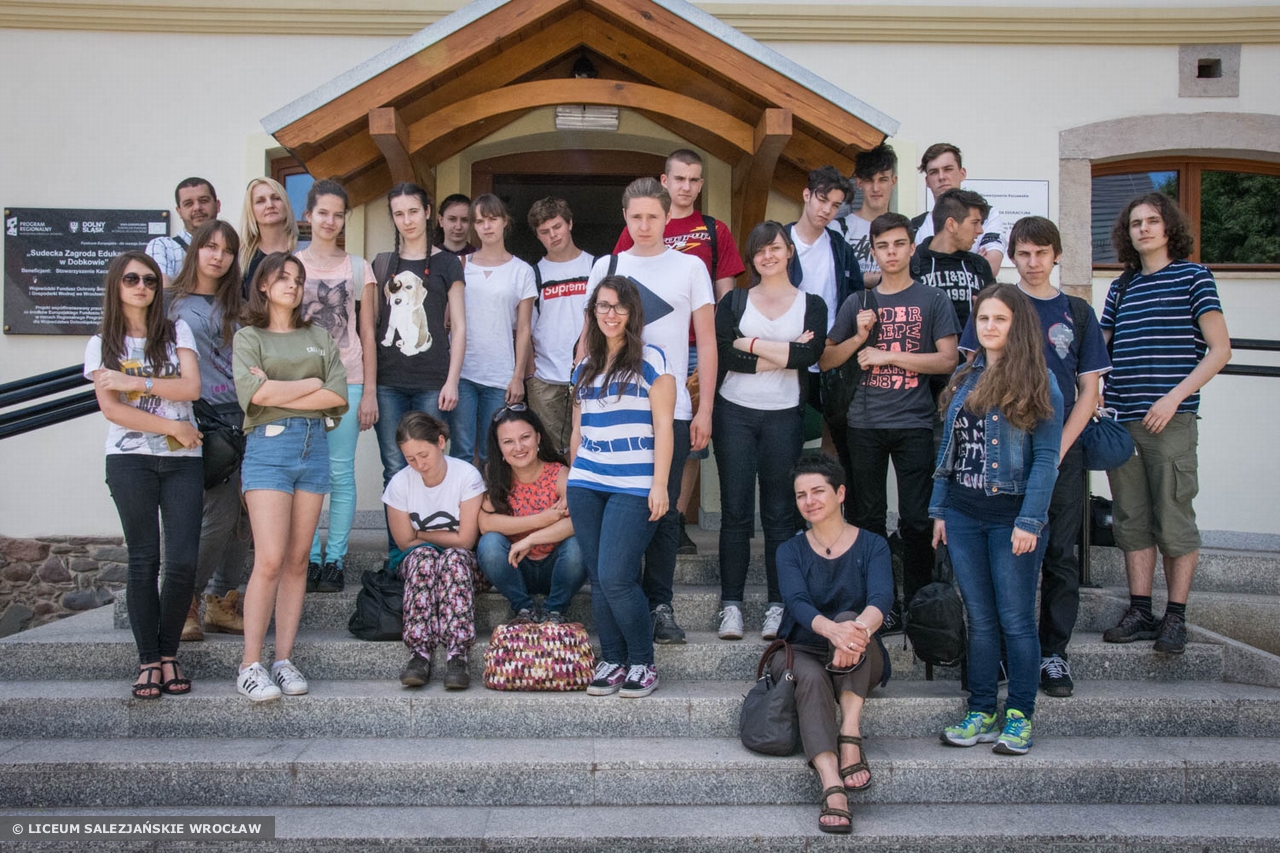 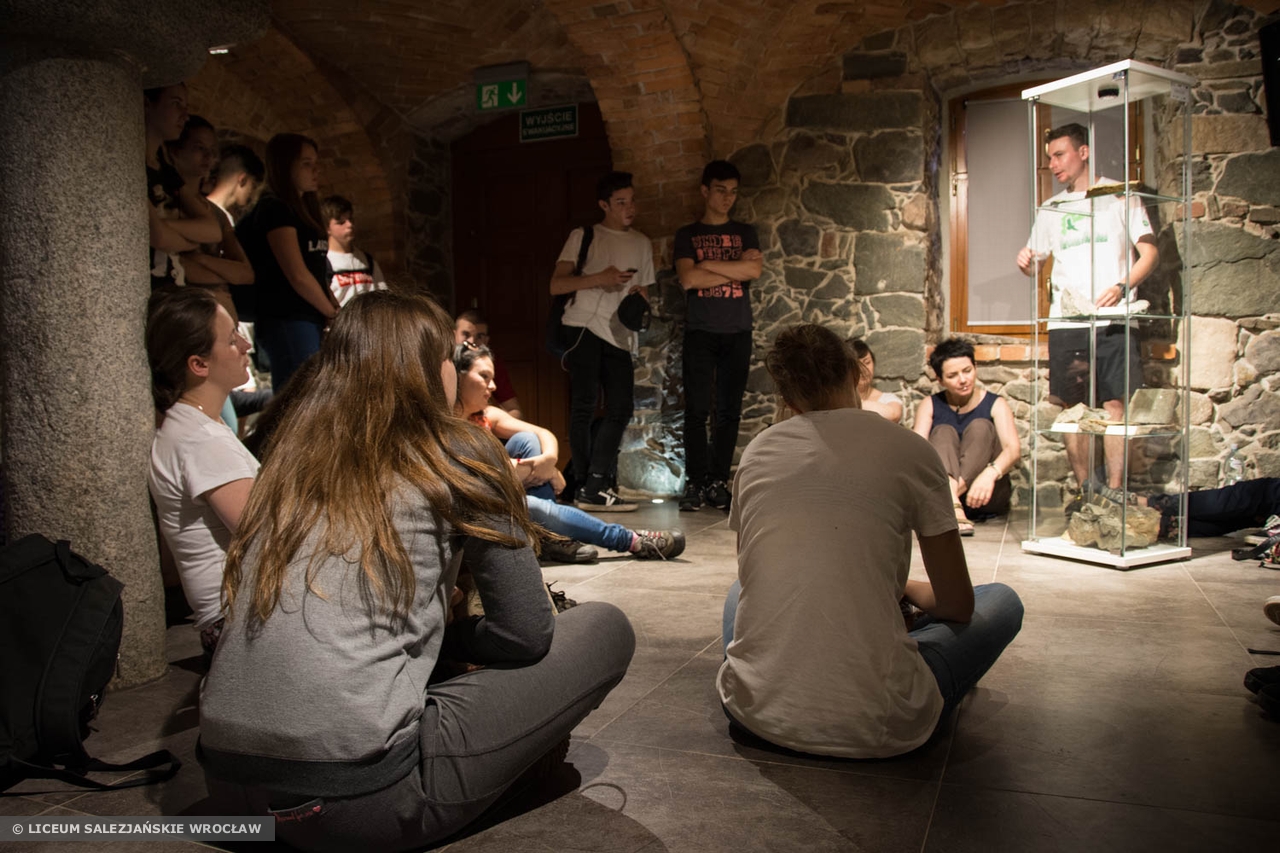