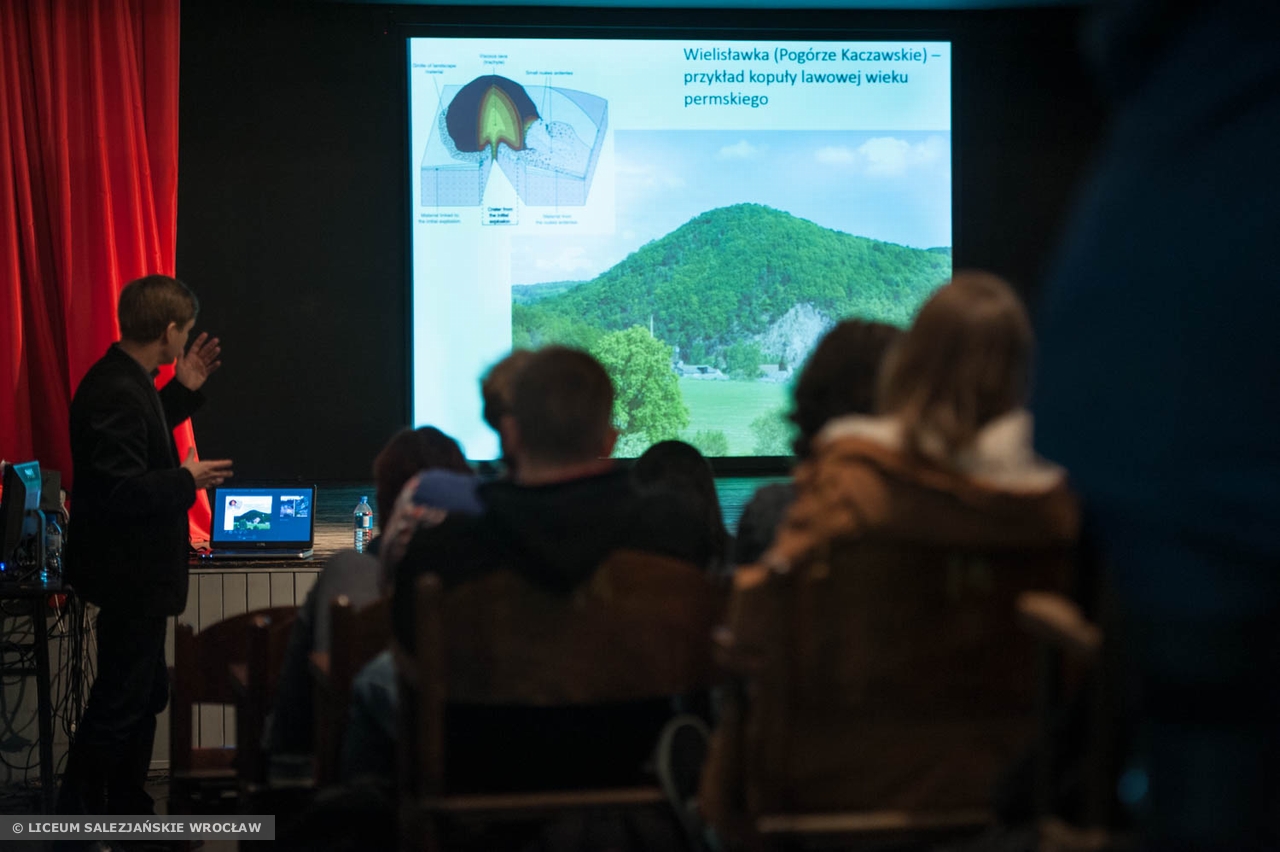 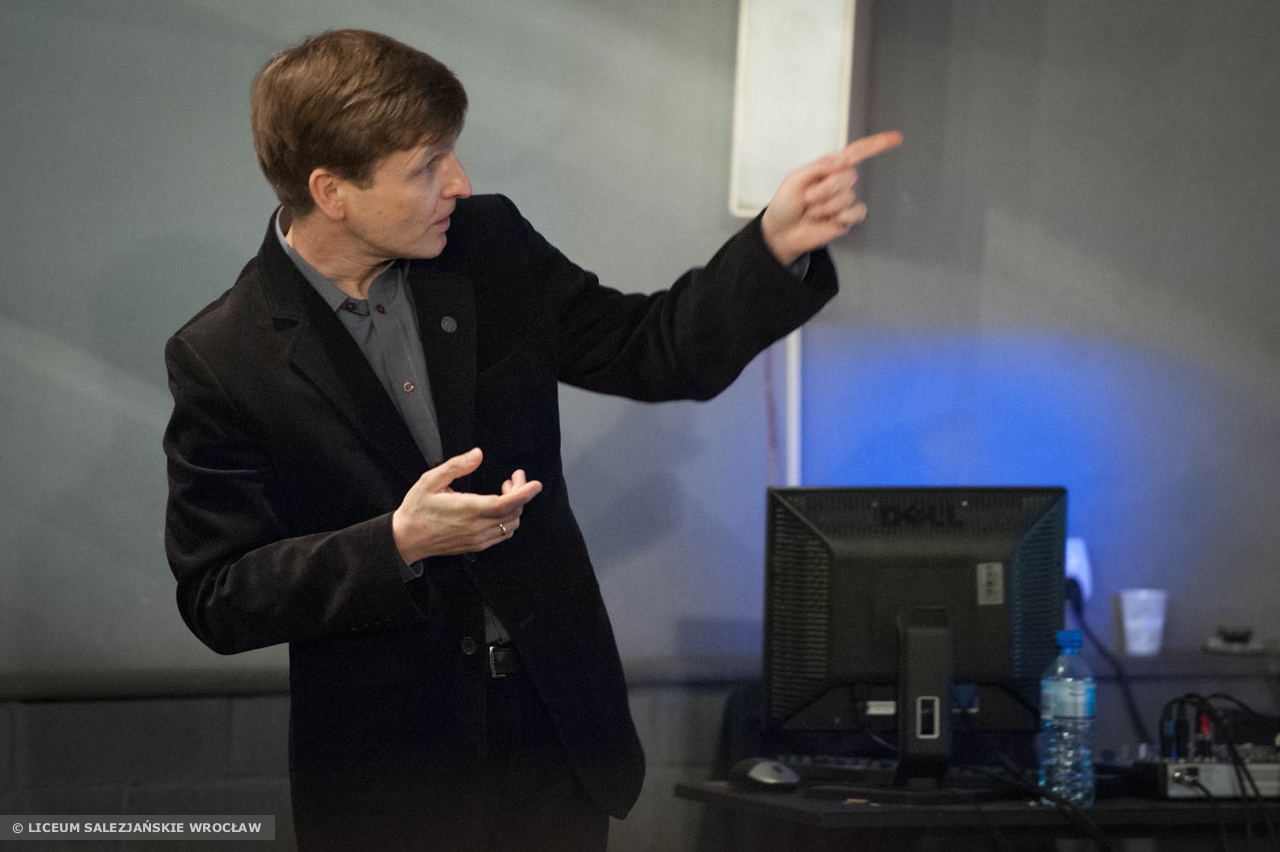 On Monday, March 21. Salesian High School in Wroclaw, hosted professor of the Institute of Geography and Regional Development at the University of Wroclaw, PhD. Piotr Migoń. The theme of his lecture was extinct volcanoes of Lower Silesia. The lecture directly referred to the school international project Erasmus +.
The participants learned, among other things, the general structure of the volcano and the process of its creation. They learned about the unusual phenomenon that occurred when the lava flowed from the depths of the sea or ocean. Then the hot liquid in contact with water at a very low temperature immediately froze, forming a characteristic spherical body bearing the name “pillow lava”. Another element was to discuss volcanoes and their remnants located in the Lower Silesia, and specifically in the area of ​​Kaczawskie mountains. On this occasion they were shown various examples of hills  with the characteristics of their geological structure. As it turns out, dating back to the Cambrian period, and counts more than 500 million years.
At the end of the lecture to the surprise of all, he made a short competition checking the knowledge of the participants. The prize  given by prof. Migoń was album showing the beauty of the Land of Lower Silesia Extinct Volcanoes. 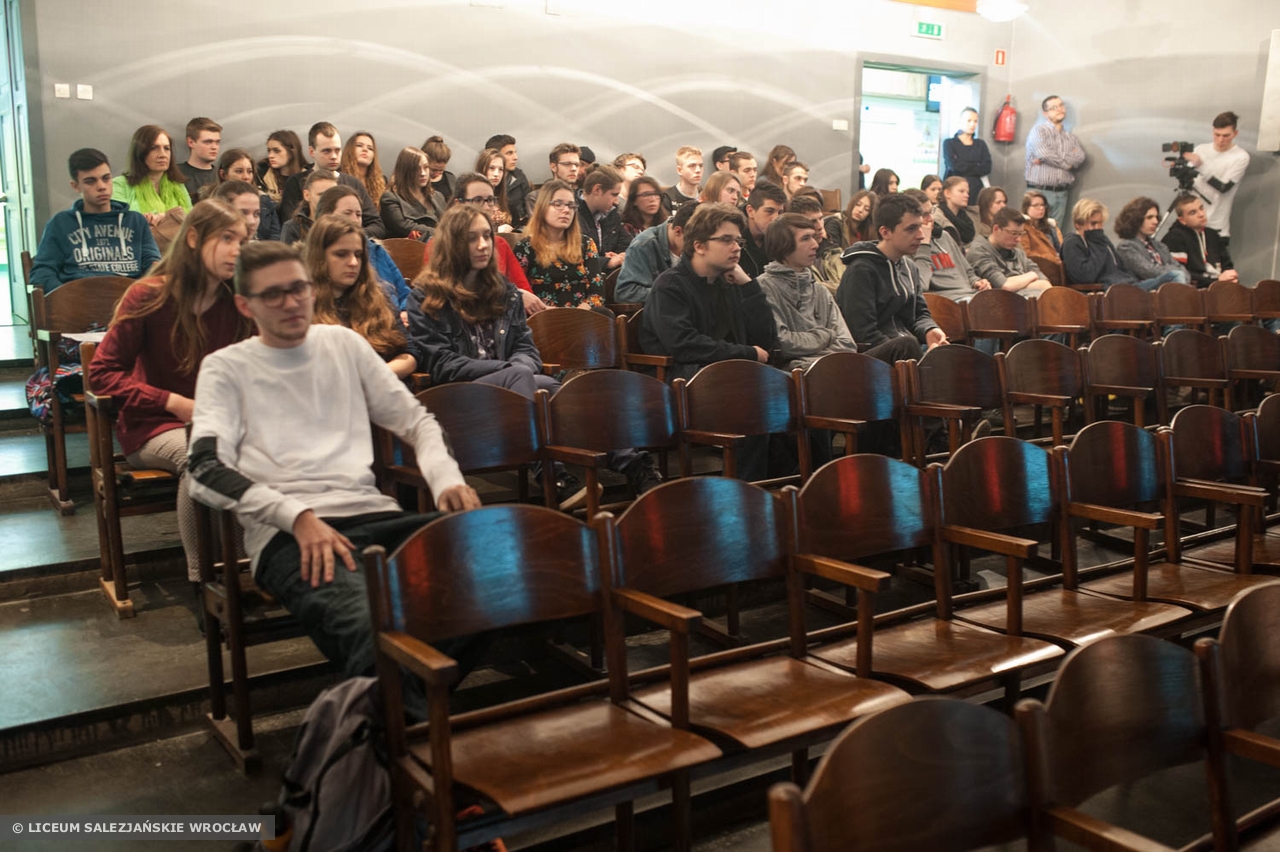