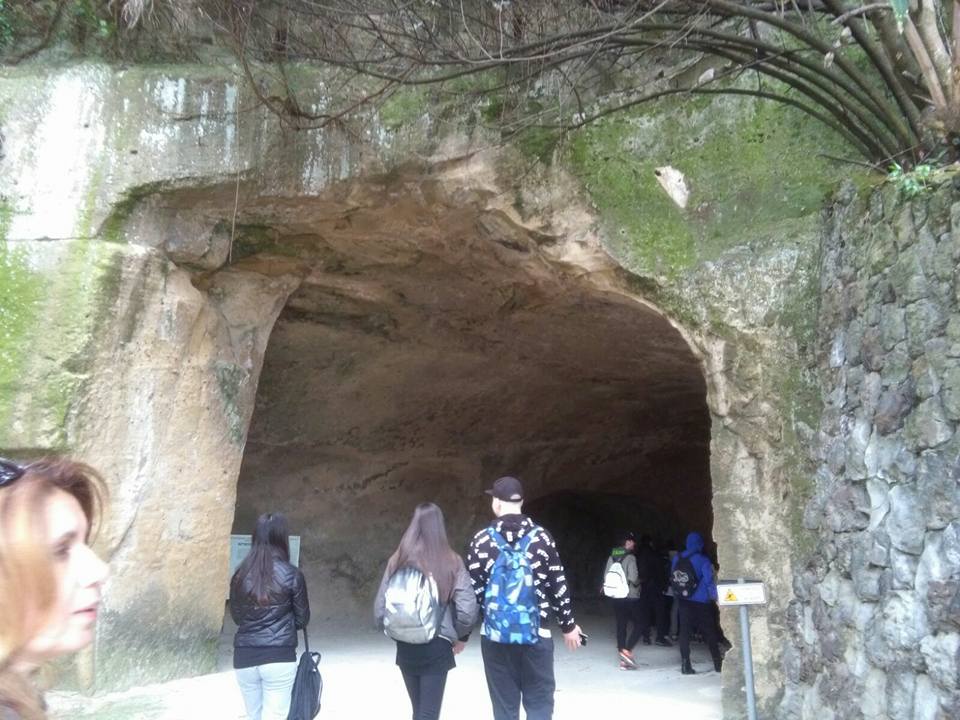 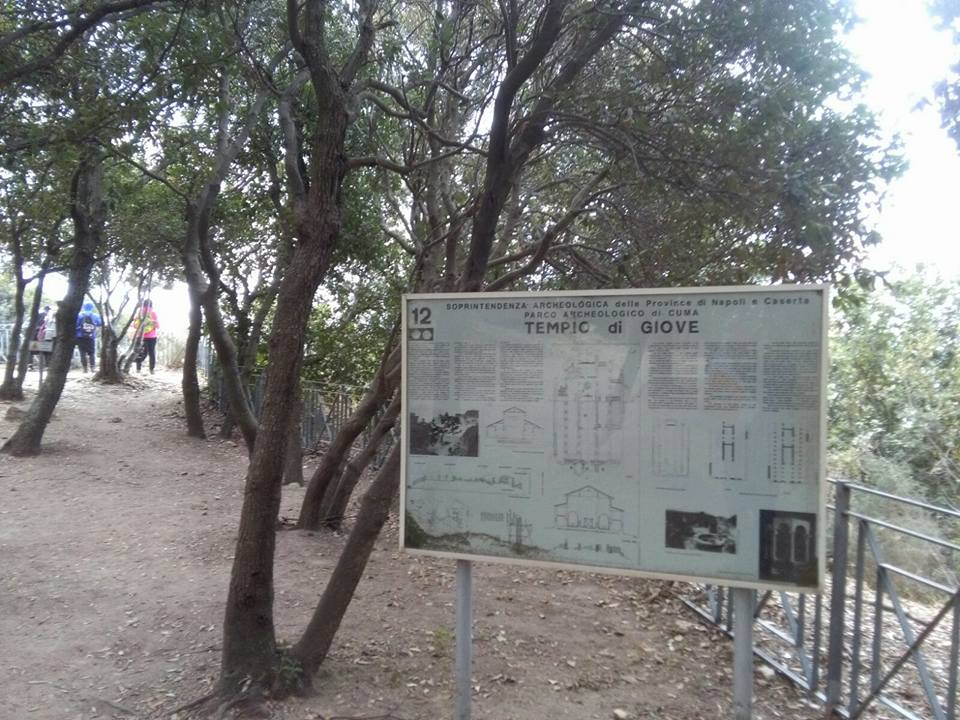 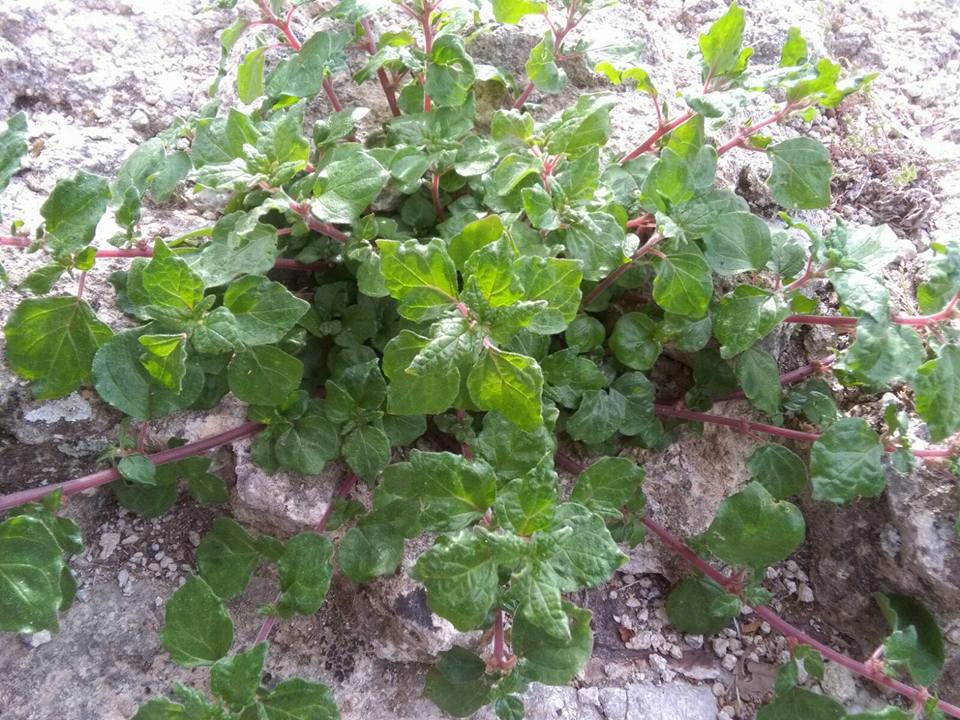 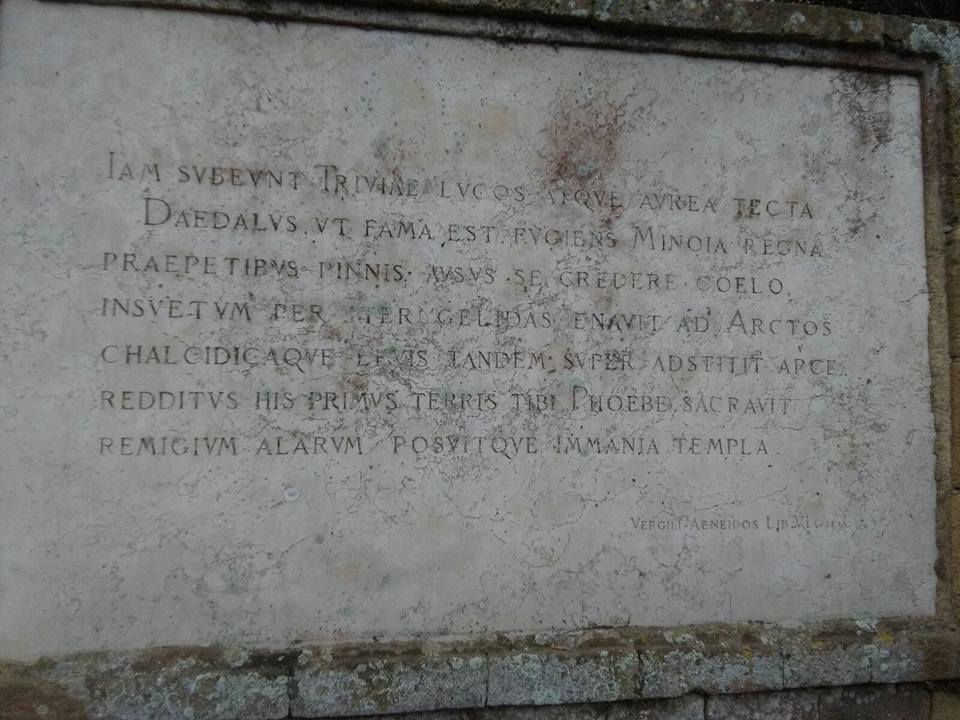 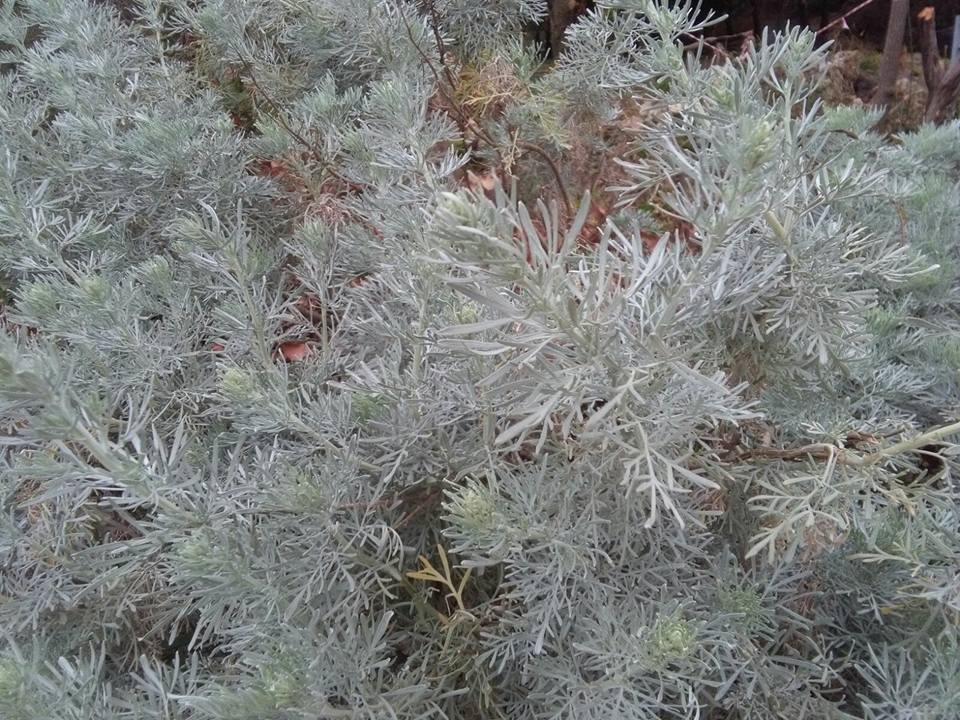 On 27th March students from Liceo Scientifico “Galileo Galilei” went on an exciting day trip to Monte Nuovo, but previously, on 22nd, they had a meeting with a trekking expert, Pino Del Prete, He informed them about the program of the trip and he recommended us the correct outfit to wear, paying attention to the shoes, that had to be with non-smooth soles and this turned out to be very helpful. He also spoke about the importance of nature and he was so persuasive that made they do the countdown until the day of the trip. Students met at 8 o clock and at about 9 we arrived at Antro della Sibilla, a famous cave described by Virgil in the Aeneid, that dates back to VII/VI century a.C.
According to the legend, the Sibyl was considered to provide predictions or precognition of the future, in fact people left many offers at the entrance of the cave. The atmosphere of this place is actually unsettling, because it’s so dark and narrow. Our guide got in the position where the Sibyl standed and from that point the voice is actually amplified. He told students that the secret of the Sibyl was the fact that she gave answers that wouldhave been true in every case, that’s why today we call “sibylline” something enigmatic.The cave is entirely excavated in the tuff and it has trapezoidal shape in the upper part, an anti-seismic technical used by Greeks.The participants also saw the Temple of Jupiter and the one of Apollo, both dated VI/V century a.C., which are mainly rests, but they appear attractive.This temple was built on the former temple of Demeter, but there’s no witness that it was actually consecrated to Jupiter. Then it became a Christian basilica.
It was abandoned during the XIII century and revisited in 1924. 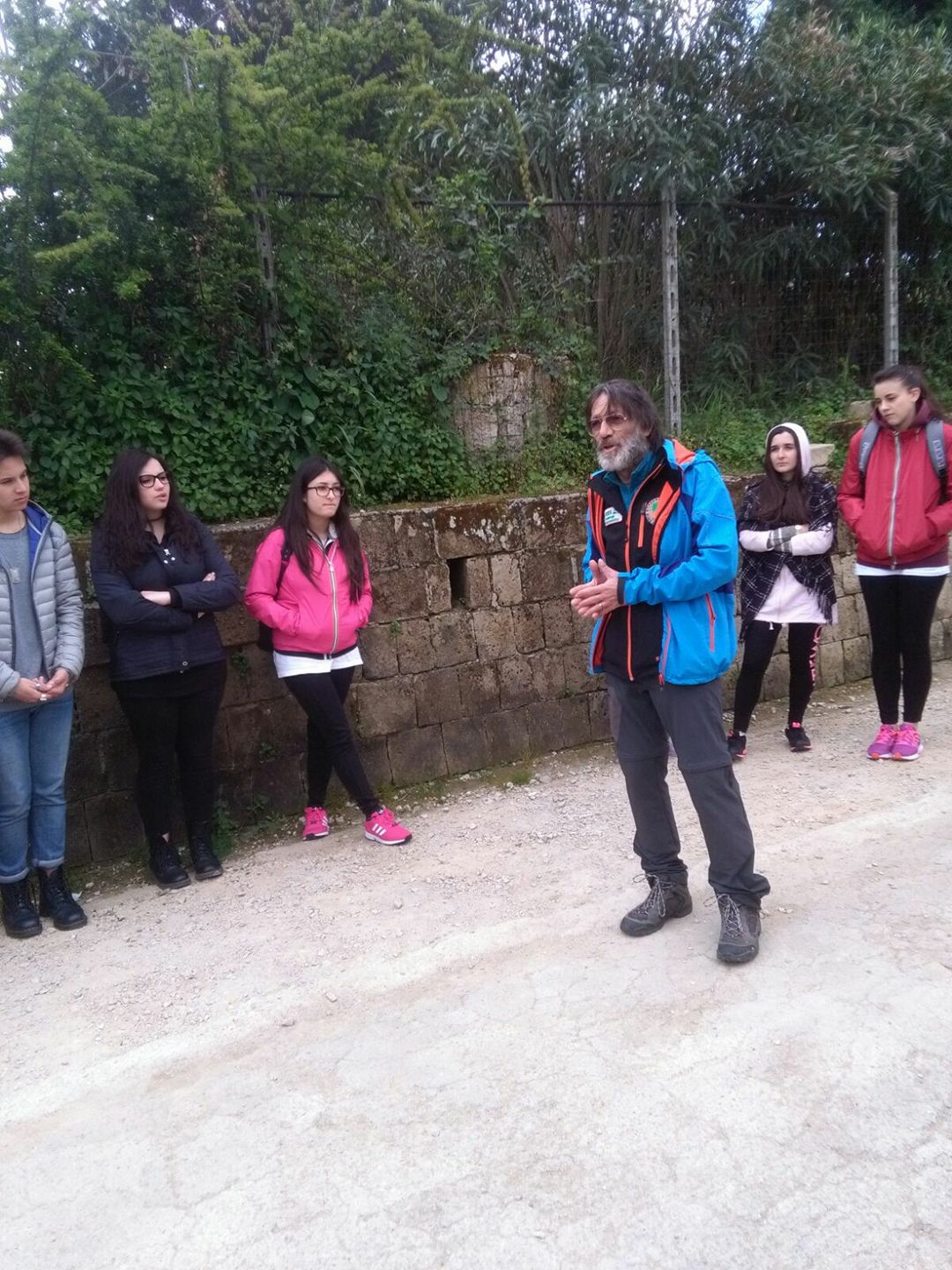 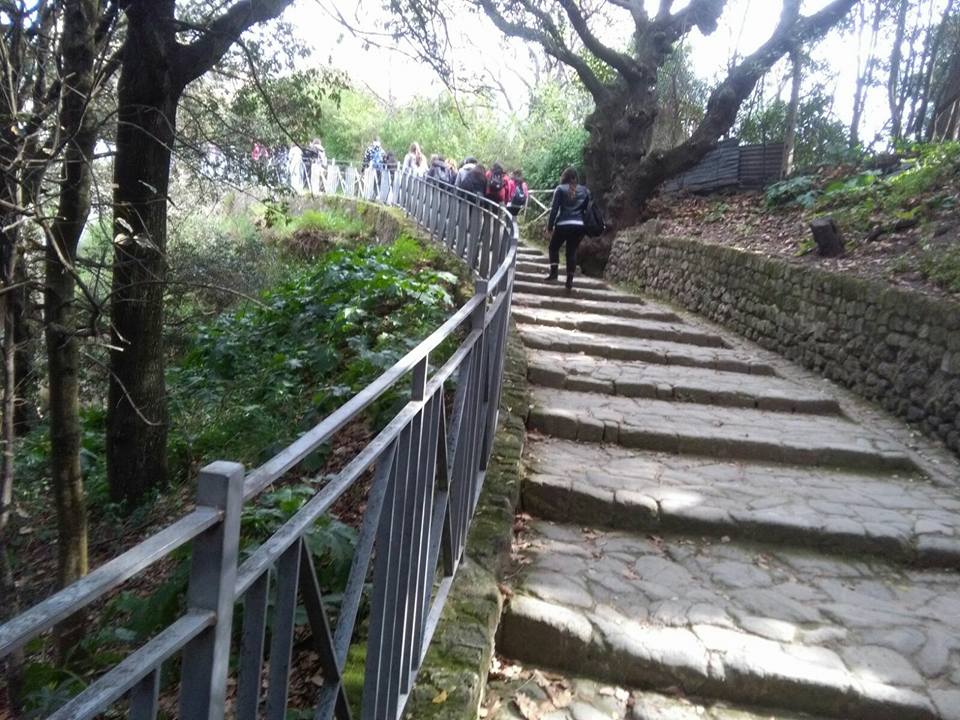 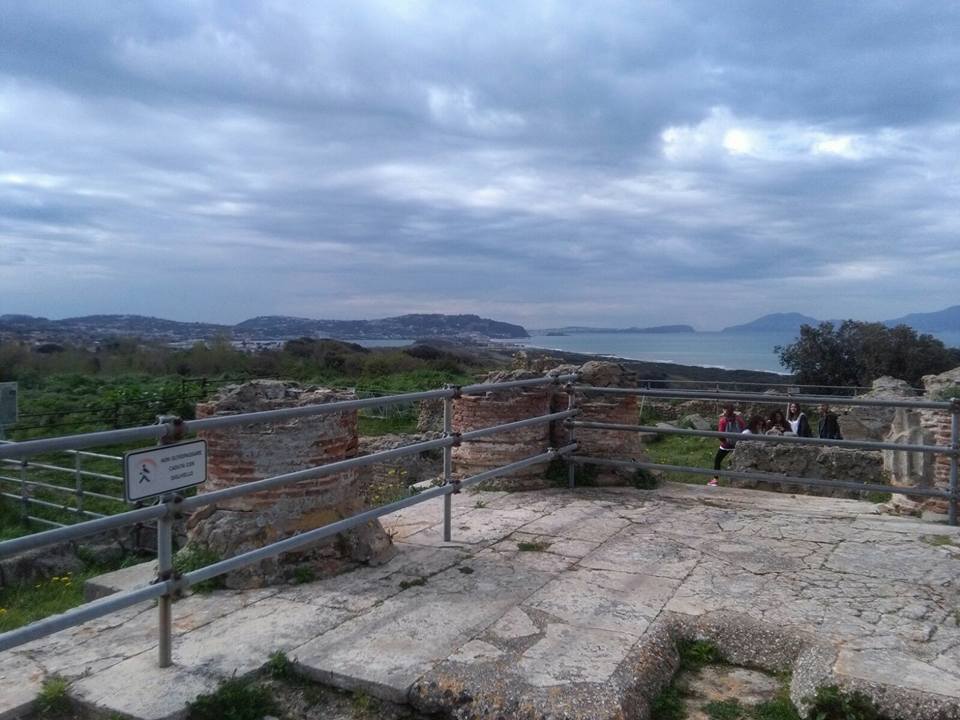