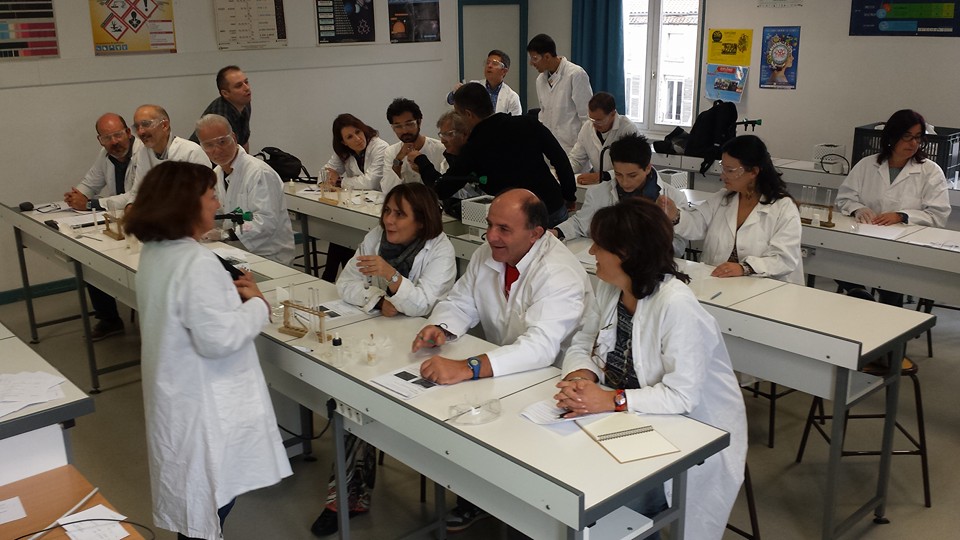 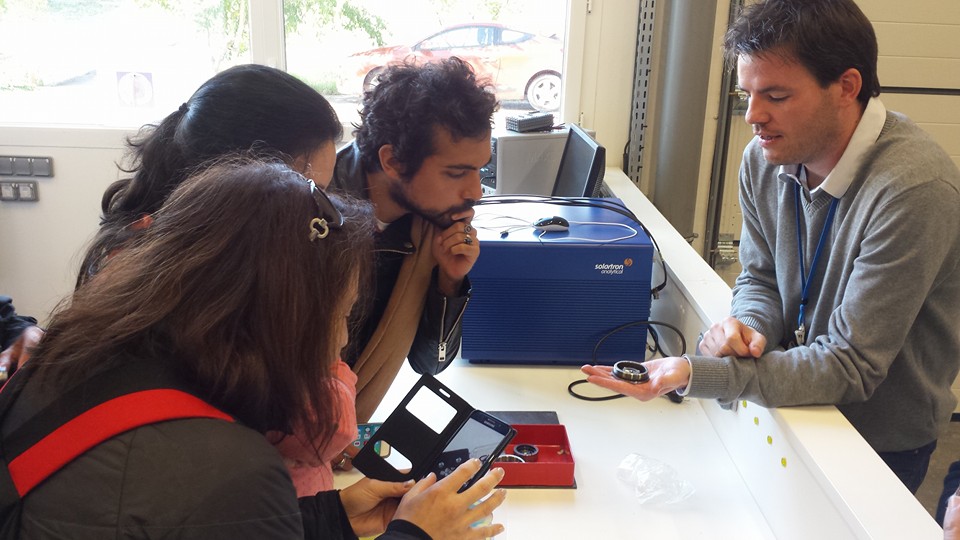 Teachers from 6 countries participated from 3-7 October 2016 in the short-term training, which was organized by the French School Sévigné Saint Louis. During the workshop, the teachers prepared a work program for the coming year, prepared the dates of the next meetings. The school has developed a rich program for them, which took place during group work, art classes, study of volcanic rocks, learning programs to study the rocks. Teachers held a tour of the Lamptegy Volcano and Volvic stone cave. Puy de Lamtegy lies 1000 m above the sea level, an extinct volcano in the French Land Extinct Volcanoes in the Auvergne became the place of work of teachers of the project Erasmus +. After reaching the volcano teachers started workshops. 4D movies, a tour of the volcanic rocks and mine, especially the guided hike through the old quarry helped not only to discover and see the bombs, but also know the structure of the layers, as well as the operation of volcanic material. Another place of  training there was small, but very well known town of Volvic. Interactive presentation of the history of M.Legay-Chavalier / d. 1905r./, especially its commitment as a teacher and a stonemason in the development of processing volcanic rocks and volcanic water is an example of wisdom, diligence and consistency in the use of volcanoes.
The visit of Vulcania Park  wasvery interesting. It was  created 15 years ago, located and integrated into the crater of the volcano La Chanel des Puys, is a complex of several interactive rooms, 4D cinemas, exhibitions and gardens. Impressive, is done on a grand scale enterprise as you can see curious and education not only participants in Erasmus, but also very many current school groups of children and young people.

On the last day a group of teachers attended classes at Laboratoire Magmas et volcanos at the University Blaise Pascal in Clermont. It is one of the most significant in this field in the world. 85% of publications at international conferences belongs to them. It  cooperates with universities in the USA, Japan, England and Morocco. It operates in the field volcanology, petrology, geology and geochemistry. It is equipped with the most modern laboratory equipment, and for its work received many national and international awards and distinctions. The most spectacular discoveries of scientists of the university is  the discovery of the correlation between volcanic activity and tsunamis.
After the introductory lecture classes were held in laboratories. Highly specialized equipment unveiled a unique opportunity to work on discovering further mysteries of volcanoes.  In the afternoon we visit the city center of Clermont victory of the Gauls led by Vercingetorix over the Romans.

Teachers got much knowlege, many competences in field of geosciences. 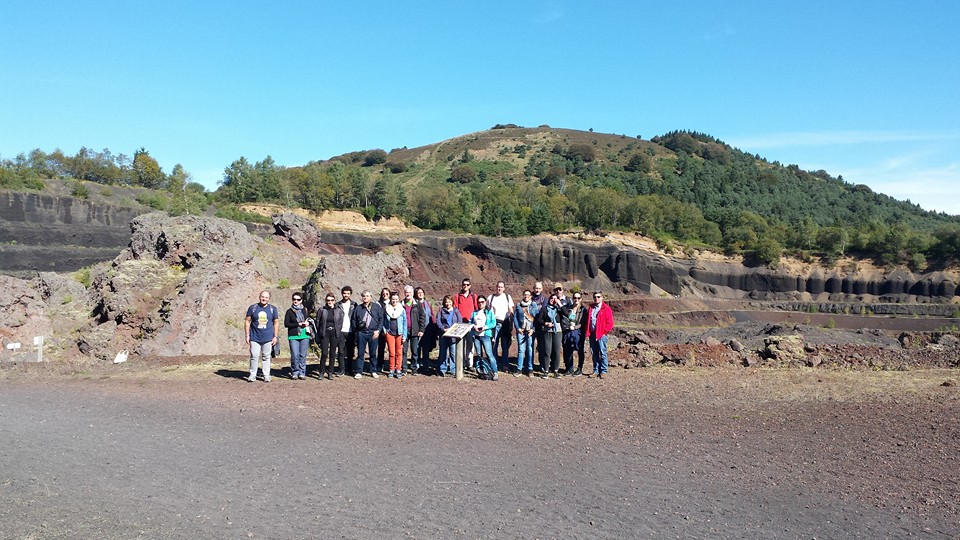 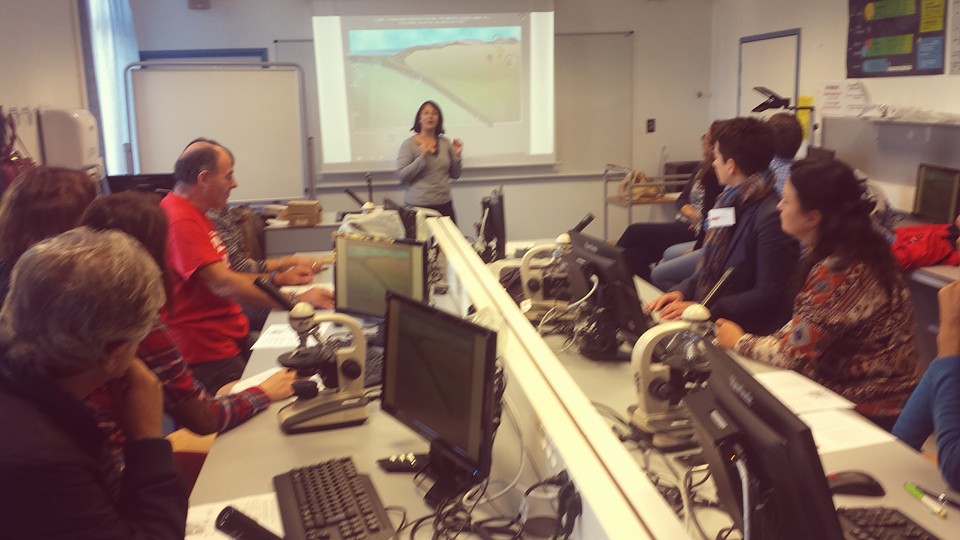