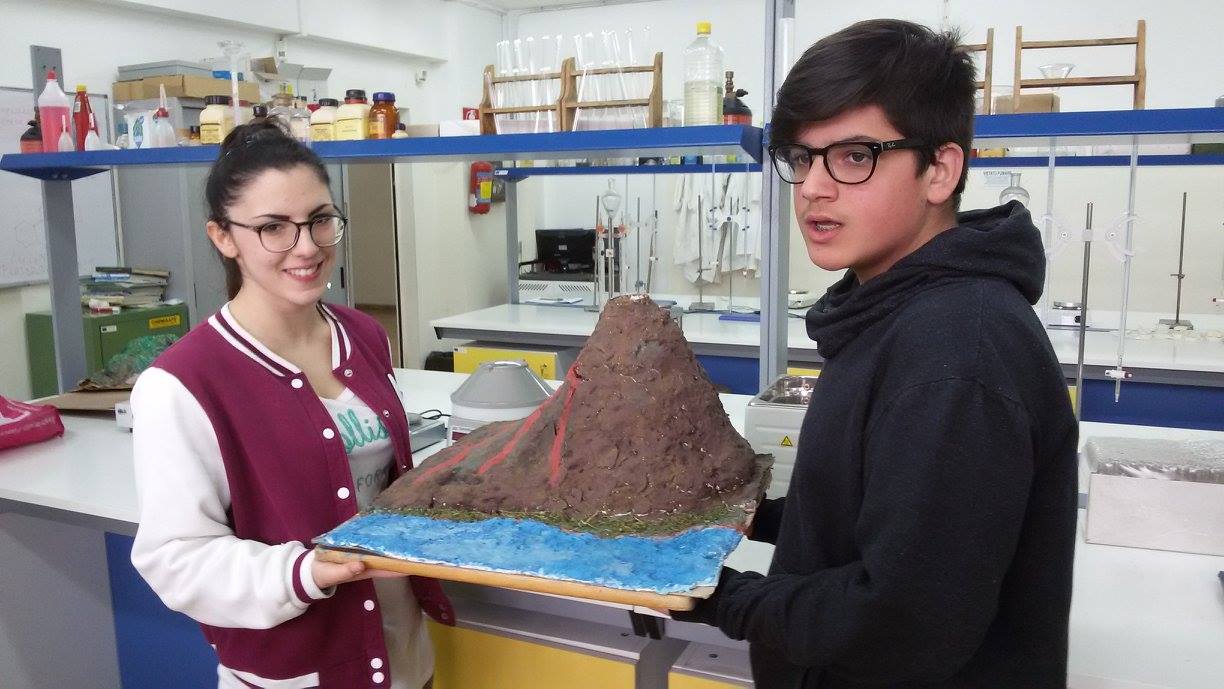 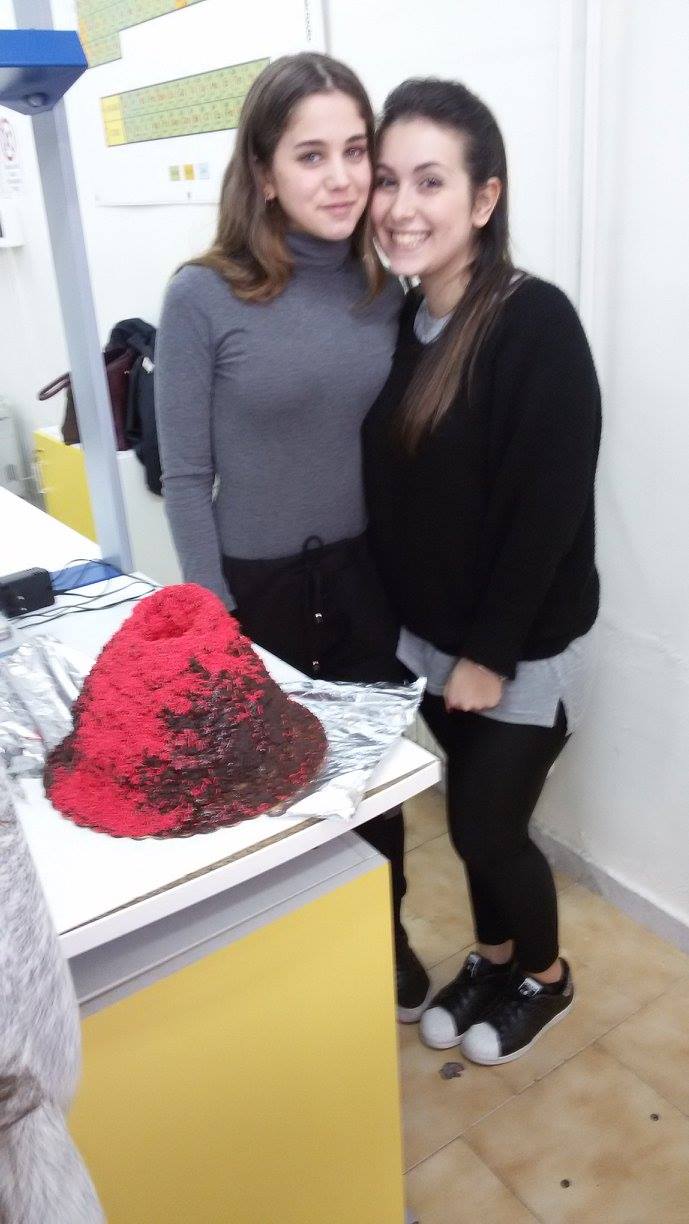 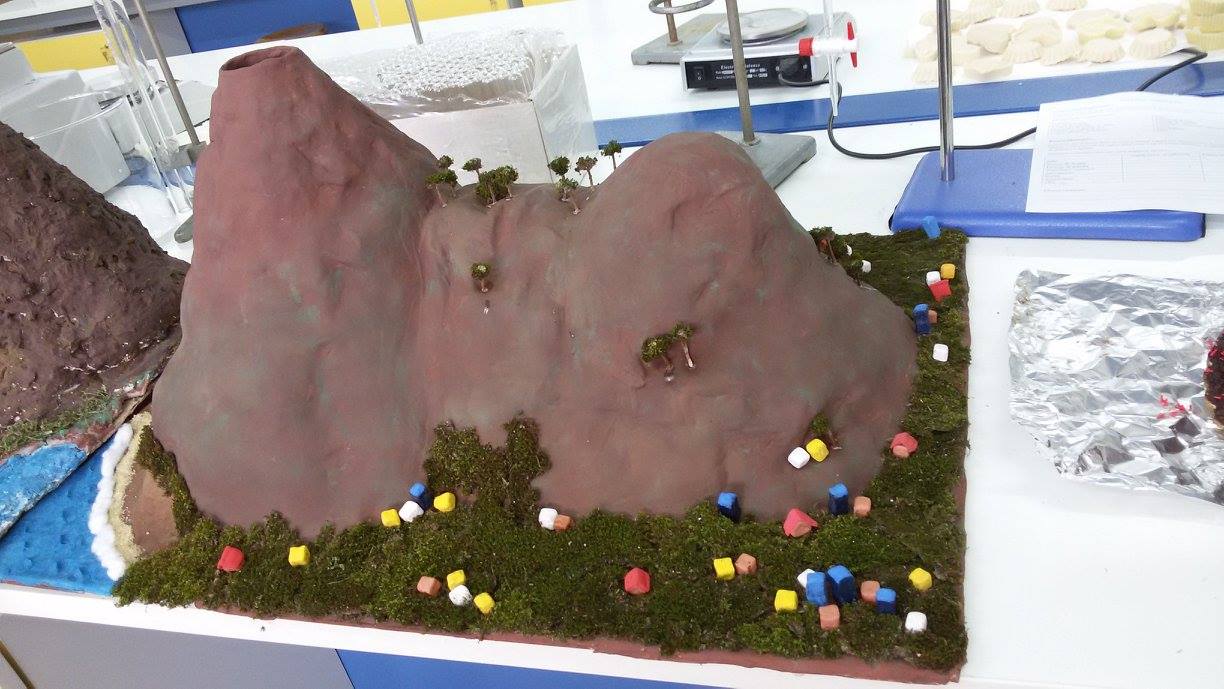 Students at Liceo Scientifico “Galilei”, Napoli have taken part in “Volcancraft”, a contest to award the best volcano model, held to promote Erasmus+ project “Trail of extinct and active volcanoes, earthquakes across Europe”. The competition was announced by posters all around the school and some local shops. Prizes have been awarded to winning students courtesy of a sponsor bookshop. Although it is busy time for students because of mid-term grading, some couples of enthusiastic students took part in the competition. Some of them are part of the Erasmus+ team, others are not involved in the project itself at all. Panelists in the judging commission were the head teacher Mrs. Concetta De Iuliis, Arts teacher Mrs. Maria Gabriella Tortora and Science teachers Mr. Patrizio Avino and Mrs. Margherita Castaldo; they chose the three models to be prized taking into account criteria of aesthetics and creativity. A ceremony was held in the Chemistry Lab with students and teachers taking part to award the students. Congratulations to Valeria Mazzarro and Viviana Scamardella (I Prize), Syria Cozzolino and Gaia Merolla (II Prize), Mario Di Vicino and Marianna  Santoro (III prize). 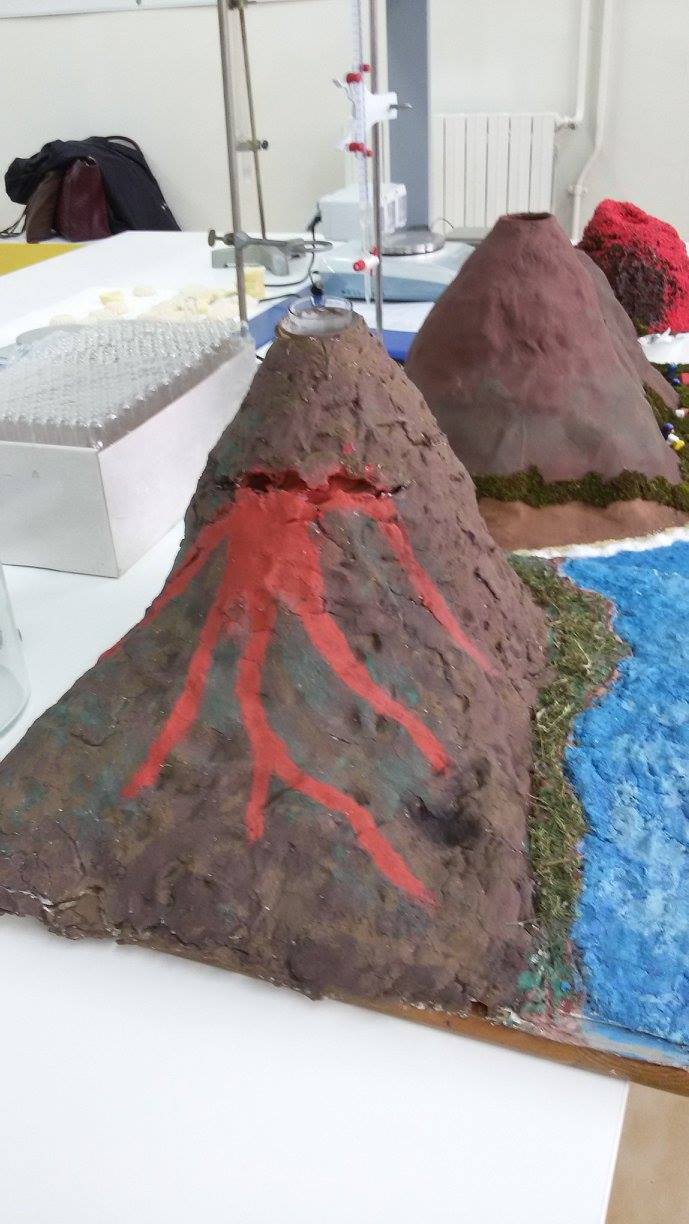